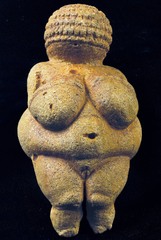 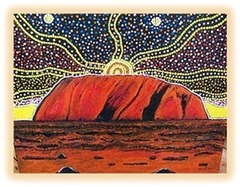 Dreamtime
*Definition:* Recounting of the beginning of things through ancestral beings (how it all started/create). *Significance:* Shows how people believed things came to be and that they were intelligent beings. 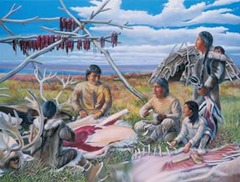 Clovis Culture
*Definition:* Prehistoric Paleo-Indian culture, named for distinct stone tools. *Significance:* It was one of the first clearly defined people in the Americas. They were hunters of large mammals. Significant because it shows what people relied on for food in the Americas. 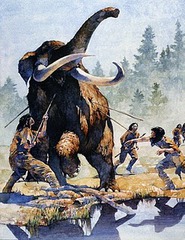 MegaFaunal Extinction
*Definition:* The destruction of large or relatively large animals of a particular time period. *Significance:* This occurred at the end of the Last Ice Age. Climate change caused it to happen. It was a change in food for people and was one of the causes of the Agricultural Revolution. 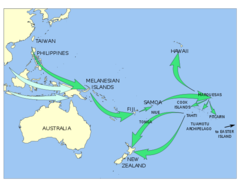 Austronesian Migration
*Definition:* Expansion of a group of people (Austronesians) from Asia to the Pacific islands. *Significance:* It was the last phase of the great human Migration. It was a waterborne migration that spread their language fast and far. Domesticated plants and animals were also taken. 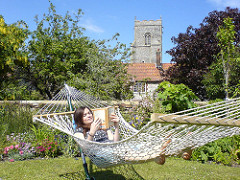 "The Original Affluent Society"
*Definition:* The gathering and Hunting people where people worked fewer hours to meet needs. Meaning they had more leisure time. *Significance:* Shows that the thought that hunters and gatherers weren't always at the point of starvation. They had time for leisure because they only needed to meet material needs.

Shamans
*Definition:* Person regarded as having access to the world of good and evil spirits (using drugs). *Significance:* They had a modern "priest" or "pope" to tell them what was going on. Used drugs to get to this state. Shows social capability. 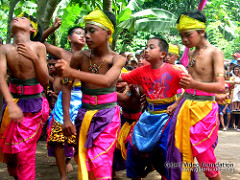 Trance Dance
*Definition:* Ritual where shamans dance and sing special medicine songs. *Significance:* These dances provided supernatural potency. This from god himself. Shows the way they connect themselves to their beliefs. 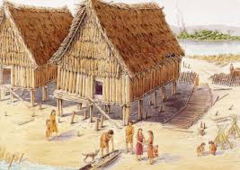 Paleolithic Settling Down
*Definition:* The process of people moving toward permanent settlements at the end of the Last Ice Age. *Significance:* Caused the Agricultural Revolution and moved people to evolving socially. Through becoming more of a community and city like area. 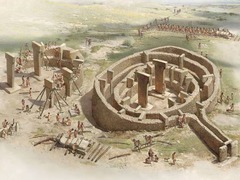 Gobekli Tepe
*Definition:* Massive Limestone pillars carved in a T-shape in a set of circle/rings for a ceremony. World's oldest temple. *Significance:* Revolutionized how archaeologists thought about the Stone Age. Showed that people settled down for longer than expected. 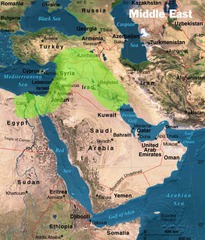 Fertile Crescent
*Definition:* Region containing moist and fertile land of Western Asia. *Significance:* The start of Agriculture and domestication of plants and animals. One of the first places big civilizations were made because of its land. 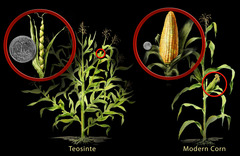 Teosinte
*Definition:* Mountain grass (ancestor of corn) in Southern Mexico. *Significance:* One of the first sustainable crops grown in the Americas during the Agricultural Revolutions. 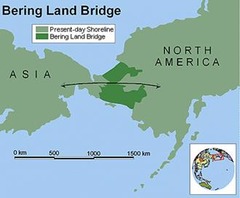 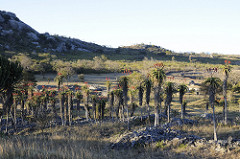 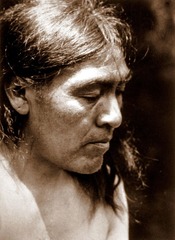 Ishi
*Definition:* Name means "Person". A man from one of the last hunter/gatherers in California. *Significance:* People learned a lot from his culture. His people were forced to isolate themselves, but were found anyway. 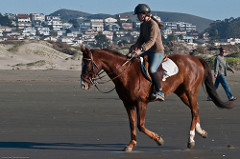 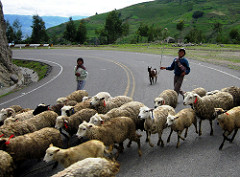 Catalhuyuk
*Definition:* Large settlement. One of the first cities. *Significance:* Example of an early town where transition to a fully settled existence was achieved. Food from agriculture and social/gender equality in communities.
Chiefdoms
*Definition:* Form of hierarchical political organization society based on kinship with a formal leader. *Significance:* Cultural evolution. Where people began giving different "classes". Not through fear and violence but through kinship/gifts/charisma.
Flores Men
*Definition* Neanderthals *significance* extinct species that were very close to the homo sapiens.
Stateless Society
Definition: village based societies organized by groups without that functioned without a formal government Significance: societies organized around kinship. They lack concentration of political power
WE WILL WRITE A CUSTOM ESSAY SAMPLE
ON ANY TOPIC
SPECIFICALLY FOR YOU FOR ONLY $13.90/page
Order now
Related Essays
AP World History Strayer Chapter 5 Vocabulary

Decolonization 1914-Present : Process in which many African and Asian states won…

North American Revolution 1750-1914 : Successful Rebellion conducted by the colonists of…