Malayan Union is a federation that brings a lot of protest among the Malayan citizens that be form on January 1948. The purpose of this federation is to simply the administration and as it unifies Malaya Peninsula under one government, it make easier for the British to rule. This idea was first brought by British on October 1945 to end indirect rule in the Malay States by uniting all the states into a Malayan Union under a Governor with Executive powers. Then, as a symbol of approval and support, Sir Harold Mac Michael collected the signature of Malaya’s rulers.

He manage to finish his task in short period of time by threatening of accusing them as Japanese collaborators if they refuse. Thus, all the rulers gave their approval unwillingly. The Malayan Union is made up of the nine Malay states, Malacca and Penang. Sir Edward Gent was the Governor of the Malayan Union in Kuala Lumpur. When the Malayan Union was officially terminated on 31st January 1948, the genuine ruler of Malaya known as ‘Sultan’ will be put aside. The Sultan’s power will be greatly reduced.

Upon to the reduction of Sultan’s power, the Malay rulers only advised the Governor while their sovereignty as Rulers of their own states was wiped off. The Ruler’s authority was only in issues pertaining to Islam and as head of the Malay Council of Advisors. The State Council will be administered by British Residents results in the political status of the Sultans will decrease. Next, the citizenship of Malayan Union was based on the principle of jus soli was one of the features of Malayan Union. 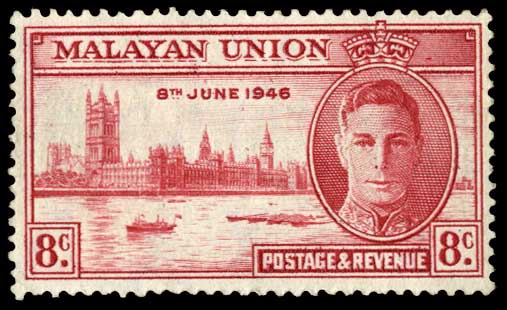 Equal rights to those who want Malayan nationality were introduced by Malayan Union. Thus, many people will become Malayan citizens. Through the principle, people who were born in any British Malaya or Singapore’s States will automatically become the citizens of Malaya if they were living there before 15 February 1942. For people who were born outside British Malaya or Straits Settlements only if their fathers were citizens of the Malayan Union and those who reached 18 years old and who had live in British Malaya or Singapore, 10 out of 15 ears before 15 February 1942, the Malayan citizenship was obtained for them too.

Moreover, people who want citizenship and eligible for the application must possess good characteristics and fluent in English or Malay. Furthermore, they had to take an oath of allegiance to the Malayan Union. However, the Malays continue to show their objection after the inauguration of the Malayan Union. They refused to attend the installation ceremony of the British governors and refused to participate in the meetings of the Advisory Councils.

The new system of administration was officially launched on 1 February 1948 despite being opposed by certain groups. The launch of the Federation of Malaya was on 21st January 1948. The signatures of nine Malay rulers were obtained and in February 1948, Federation of Malaya government replaced that of Malayan Union. Upon of this replacing, a Federal Legislative Council and an Executive Council was under the chairmanship of the Higher Commissioner.

Moreover, the Malay rulers were returned of their rights over their own states. The administration of Malacca and Penang came under Resident Commissioner and the Executive Council was to advise the Higher Commissioner. A Council of Rulers was to be formed to advise the Higher Commissioner especially on matters related to immigration. Next, each state would have a State Council while the conditions for citizenship became stricter and the special rights of the Malays were recognize through the Federation of Malaya 1948.

There are many forms of transportation in Malaysia, and being an archetypal…